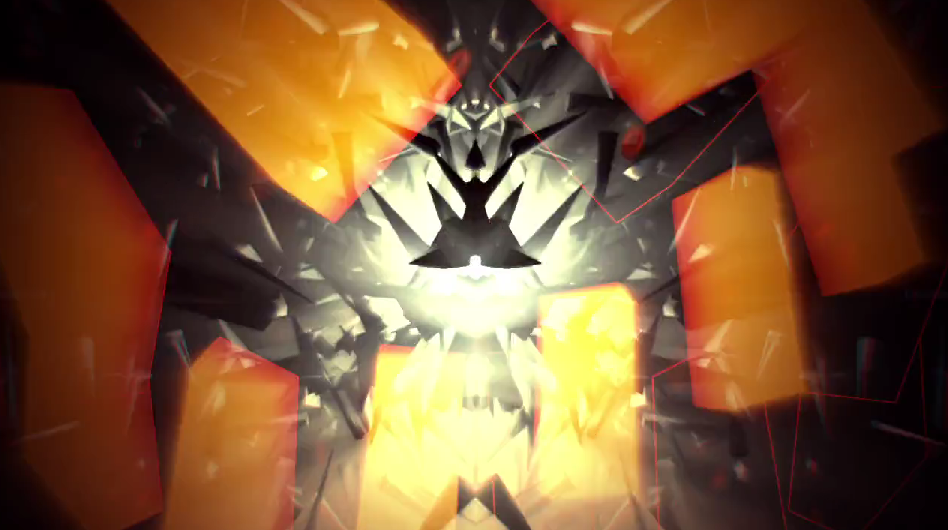 It was just the other month that we helped announce Boris Noiz and Ingen’s collaborative EP for Combat Redcordings – a fierce techno workout which featured a frenetically worked sci-fi edit by Monster X and Stormfield’s side project Fausten (Stormfield also being the man behind the host label). Just recently a label associate from camp disco_r.dance handed them a video to sit alongside the Fausten remix; a visual that riffs of the label’s menacing logo with its form and generally evil presence being abstracted throughout the edit.

Label boss Stormfield had some words to say about the video’s theme to give us some background on the imagery:

“The mask is called a “Hanya”, its a demon mask in Japanese mythology. There’s a famous film called Oni Baba about this. The mask is cursed, it makes people fear the wearer, but price for that power is that it cannot be taken off – to do so permanently damages the user’s face. All very cheery stuff…

The video was done by a longtime collaborator, Dan from Discordance. He listened to the track and just decided to have a go, and it turned out immense! He was also watching a movie “Valhalla Rising” and said it fit the film’s “chapters” perfectly. I haven’t watched the film yet.

I do think it perfectly captures the vibe of the track’s sound: tension, relentless battle-charge, multiple sustained explosions and superstructures collapsing, all happening so rapidly that it feels slow and almost still, rapturous / contemplative.

Huge thanks to Dan for his awesome work!”

For more on Discordance’s visual work look back at this 20 minute Dead Fader live set we reported on here.