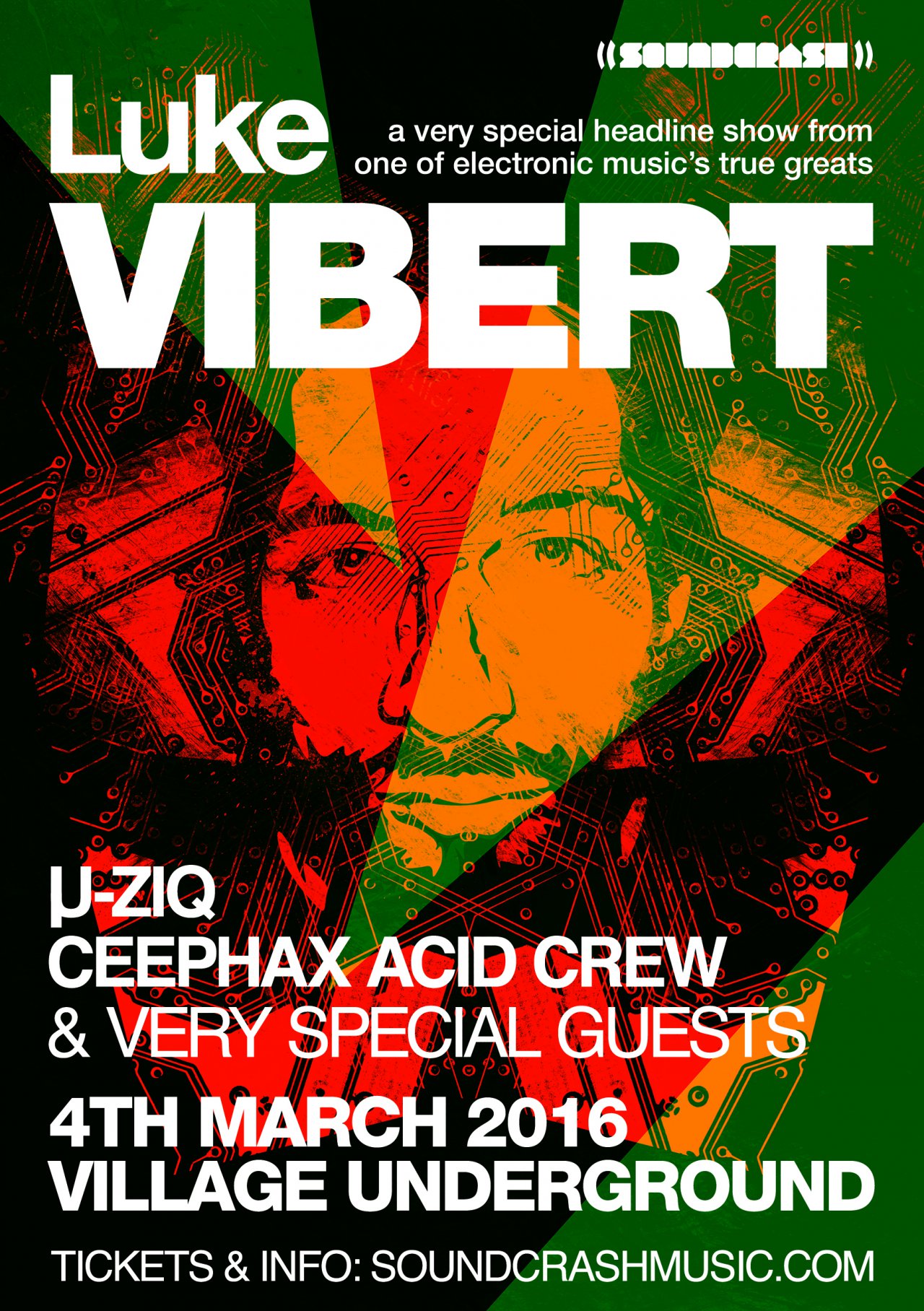 Luke Vibert is back on Planet Mu with a new album called ‘Bizarster’. It’s his seventh full-length under his own name with others having been released on Mo Wax, Warp and most recently Hypercolour. Luke first came to prominence in 1994 with his debut Wagon Christ album

Joining Luke will be Planet Mu head Mike Paradinas AKA U-Ziq. Celebrating 20 years of Planet Mu in 2015, Mike is considered one of the leading figures in bringing Footwork over the Atlantic.

Ceephax Acid Crew needs no introduction, his distinctive sound has been punishing ear drums for over three decades. The younger brother of Squarepusher his no nonsense approach has entertained festivals and clubs across the world.