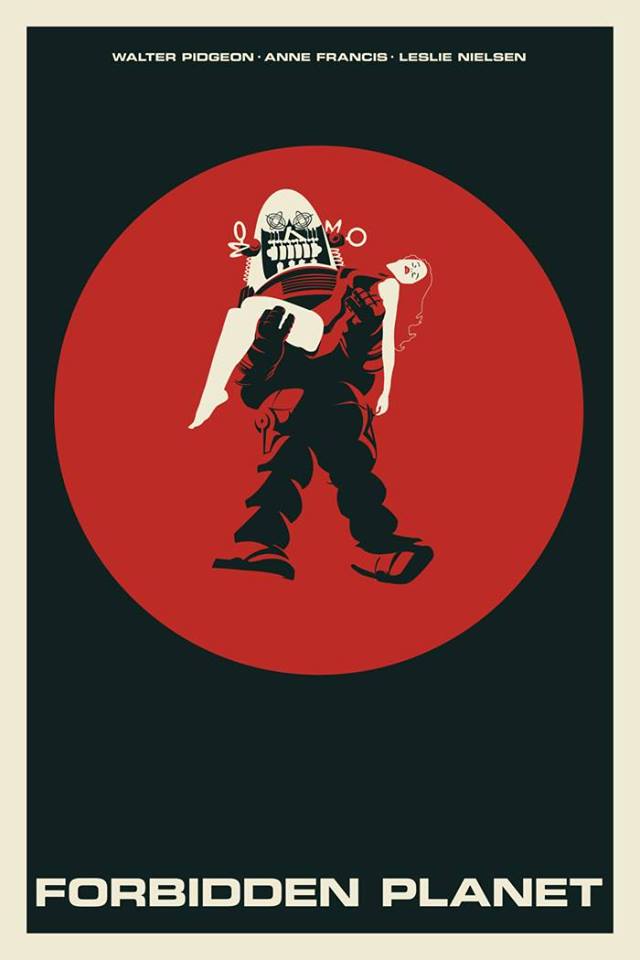 In this sci-fi classic, a spacecraft travels to the distant planet Altair IV to discover the fate of a group of scientists sent there decades earlier. When Commander John J. Adams (Leslie Nielsen) and his crew arrive, they discover only two people: Dr. Morbius (Walter Pidgeon) and his daughter, Altaira (Anne Francis), who was born on the remote planet. Soon, Adams begins to uncover the mystery of what happened on Altair IV, and why Morbius and Altaira are the sole survivors.

The soundtrack for Forbidden Planet was the first entirely electronic film score, composed by Bebe and Louis Barron, the couple were considered the American pioneers in the field of electronic music. The Barron’s followed equations proposed by Norbert Wiener – in his 1948 book ‘Cybernetics: Or, Control and Communication in the Animal and the Machine’ – to build electronic circuits which they manipulated to generate sounds. The sounds and patterns that came out of the circuits were unique and unpredictable because they were actually overloading the circuits until they burned out. Sounds made were never identically recreated though they tried hard to establish their signature sound for Forbidden Planet.

London Modular Alliance will kick off the evening with an installation demonstrating the sounds created in the film, so get down early to catch this.