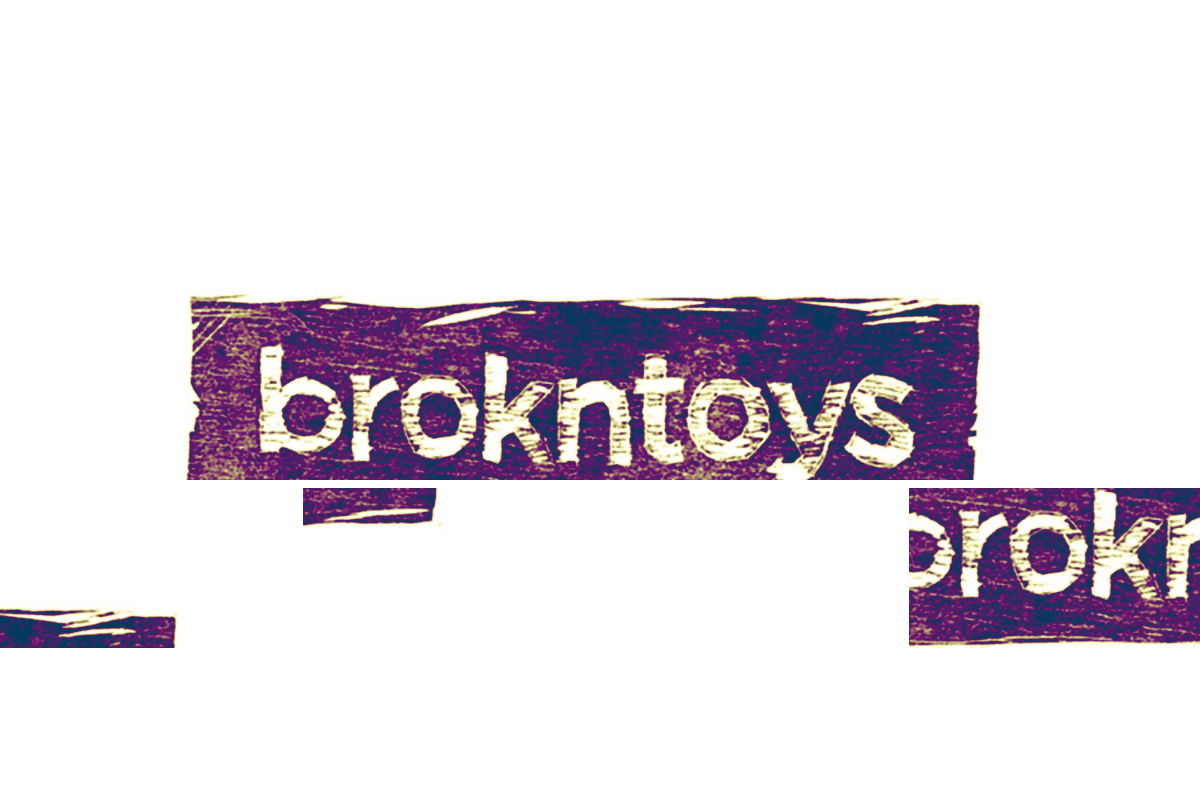 Heading up the 43rd edition of the null+void podcast series are the two individuals behind one of the most interesting electro focussed labels to emerge over the last few years. Setting their agenda for dark edged, high grade releases leading with Pip Williams Mode#7 EP back at the tail end of 2013 they have followed up with other quality editions with Marco Bernardi, Scape One and Koova and gaining DJ support from the likes of Dave Clarke, Truss and Helena Hauff.

Here we chat about Kris and Anwar’s initial motivations for starting the label, its aesthetic and future plans set alongside a mix recorded by Kris which shares some of his recent vinyl purchases and some cuts from the label that are currently in circulation.

Take me back to that moment when the idea came into your head to start up Brokntoys? Like what was your motivation to set up a label?

Kris: It was Anwar’s idea to do a label. It took maybe a year before I felt confident it could work. We started work on getting ideas together early 2013. Our first release by Pip Williams came out November that same year. I’m a bit of a pessimist, so I was worried we would launch the label and it would fall down after a couple of releases. The main motivation for me was have my favorite artists on my label. I’m not really a massive networker and prefer to stay in the shadows, so it was a great way to be involved in the scene on my own terms.

Anwar: I was gradually getting bored of reliving the same weekend over and over and at the same time I was discovering all this amazing music so I thought I could either feed the collector’s compulsion hoarding records for myself or give something back to the scene and make records for others.

I’m a latecomer to electronic music, and Kris’ marathonian sets really shaped my taste, so I thought it’d be a good idea to do it with him

Brief us on your backgrounds how else have you been involved in music?

K: I have basically been a punter in clubs and buying records for the last 15 years. By day I work in an office in the city.

A: Very little. My brother has always been in bands so at a very young age I was introduced to a lot of great music, punk, garage, rock, 60’s stuff that kickstarted an obsession that has never stopped since. As my collection grew I was asked to play in a few local nights, mostly soul and r&b. Moving to London I fell under the spell of machines…

Who’s responsible for the artwork?

A: I do all the woodcut and a friend helps me with the screenprinting. I really like the vernacular, homemade, private press stuff so I thought it’d be great to do everything manually.

How important is it to you to have a cohesive aesthetic across your releases?

A: Stating the obvious, aesthetics only come second to the music. So, relative importance. The artwork adds character to the releases and to me is a way of thanking the producers. Also the white label, handstamped aesthetic, which I love, has become so prevalent, that we tried to detach ourselves from it. I don’t think I could have added much to the science fiction genre either since it’s been well exploited and it’s not really a visual influence for me.

How did you go about curating the roster are these artists you’ve already been connected to or is it more of a case of reaching out to individuals whose whose work you dig?

K:We basically approached artists we liked. We really did not have connections before we started the label apart from Alex Smoke, who connected us with Marco Bernardi.

Your current release is by Marco Bernardi – I’ve loved both records you’ve put out by him always puts a slightly unsettling edge on things – what do you appreciate most about what he does?

K: Marco has a unique take on electro and techno. I don’t know sometimes where the fuck he gets some of his ideas from or what goes on in his head, but he sounds completely different from any other producer I have heard. It always feels natural and not contrived. Getting Marco on the label was our long term plan, so we were over the moon when he started sending over tracks. I really hope Marco will be a regular feature on our label for years to come.

A: He seems to be reinventing himself all the time, he has such an angular take on things. Capable of doing both the sublime and deep (Octogen’s Journeyman is one of my favourite tracks ever) and the rarefied and alien. His label Take the Elevator is releasing all this unorthodox material, excellent stuff.

You hinted at a bit of a change in direction over the next year integrating a bit more four four material into your electro output – can you talk a bit more on what exactly you have planned?

K: We want the label’s output to represent us and what we like, so we are doing a couple of VA’s split between electro and more 4/4 tracks. Echo 106, Crystal Maze, Dez Williams, Junq, Albert Van Abbe, Microthol and Etcher are all confirmed. Electro will always be our core, but it’s nice to mix things up to keep things interesting.

A: Since day one, we’ve had the discussion about what we wanted the label to be, there’s been always the fear of becoming too all-over-the-way-the-place versus the comfort of sticking to an aesthetic that was narrower than our interests. It’s nothing we haven’t done before anyway, from the second release with Scape One, with tracks like Planetoid and Right Ascension. Only this time we’re reaching for producers outside the electro world.

I think my favourite track on the label that always comes out in my sets is Obergman ‘Rosetta’ I’ve never actually come across this artist before, can you shine a bit of a light on him/her?

K: Ola Bergman is a very talented producer from Stockholm, he is part of the Stilleben crew. He has also done a couple of great mini LP’s for Abstract Forms. He is doing a full EP for BT08 what will be released in a few months time.

A: Agree, such a great producer. Instantly recognisable sound.
I just love how he blends the dancefloor with emotions, all those groovy basslines with heartbreaking synths. It’s really worth tracking down his New Speak releases too.

What’s been the hardest aspect of running the label, it’s never really seen as an easy job?

K: I suppose fitting in all the admin around a day job, we are lucky to have Athene our unofficial intern to help out with admin and posting on social media etc.

A: Sometimes you work on a release for over a year and once it hits the shops it has such a short limited life span. Dance culture is pretty hysterical when it comes to consumption, a record is deemed old after 2 weeks… so if a release is overlooked can be pretty disheartening. Also there are a lot of menial chores like accounting which I can’t say add much excitement to my life.

Can you tell us a bit about the mix you’ve put together here, can we expect to listen out for any upcoming releases?

K: The new VC-118A record from Klaus at AC records arrived in the post that day, I really liked all 4 tracks from it, so thought that record could be a good basis/start for a mix. It was recorded in 1 take really with just what records were to hand. Sadly there are no forthcoming tracks from the label on it.