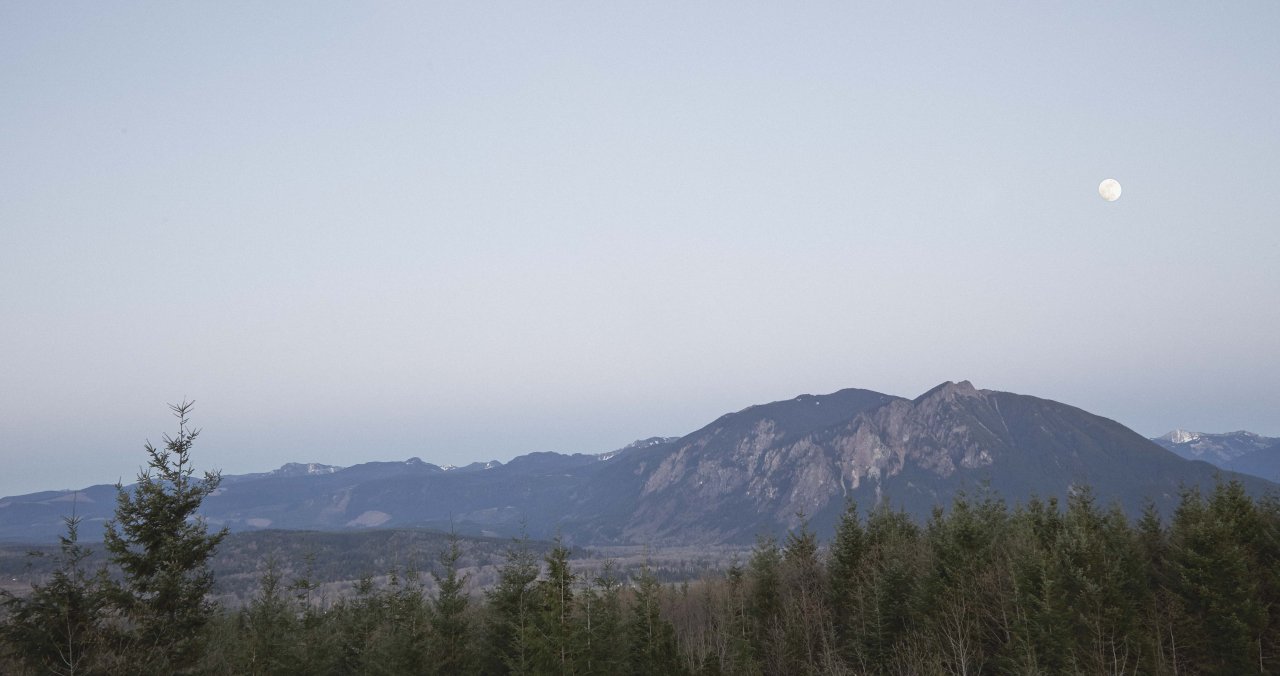 Stateside based artist 214 may have grown up in the home of Miami bass and but his own take on the bombastic electro sound draws much more from Detroit’s Drexcyian school of production and finds his support strongest among the headsy electronic outposts in Europe. His releases have been homed on Andrea Parker’s Touchin’ Bass, Rotterdam’s Frustrated Funk and most recently Amsterdam’s own electronic ambassador Shipwrec, where 214 has presented his first full length album since 2002, North Bend which is out now.

Now relocated to Twin Peaks country (yes the actual spot David Lynch based his cult series) the album draws from the artists surrounding misty panoramas in its own deep electronics, the same vistas that form the release’s stunningly presented artwork. Here we got to chat to 214 about the release as well as present his 1 and a quarter hours long podcast, recorded exclusively for null+void.

You were raised in Miami but your music definitely feels like it’s had more influence from Detroit is that a fair observation?

Both Detroit and Europe (specifically Germany, The Netherlands, and the UK) have influenced and shaped my music.

You also seem to be tightest with European based labels – were there never any home imprints that were supportive of your sound?

There just weren’t many electro labels in the states, and there’s even less now. When I started sending demos out, I sent them to labels who I thought fit my sound and they all happened to be based out of Europe.

What sounds coming from the EU have you been enjoying of late?

The majority of my mix is EU artists so that’s a good representation of some of the sounds I’ve been into.

You moved recently to a pretty beautiful spot in the country in the USA – sometimes the cities feel like the centers where producers should be but what do you think has helped your production the most or can you feel how each inspires you differently?

I’m about 40 miles outside of Seattle now in North Bend (aka Twin Peaks). While I may not have the conveniences of city living, I’m also not too far to venture back every so often. Every artist takes inspiration from their surroundings and processes it in different ways. I’ve been just as productive in both locations.

I think the difference now is things are more quiet, remote, and reserved out here. I feel I can take my time with things and not rush. I spend a lot more time outdoors taking in the scenery. There’s a lot of wildlife out here. The one big perk to living in the country is volume. Sound complaints are not anything I need to worry about now.

Can you tell us a bit about the artwork for the album?

The album artwork goes hand in hand with the album title and vibe of the tracks. I guess you could say it’s a product of moving out to the woods since a majority of the album was written after the move. The title is named after the city I live in. North Bend is where the show Twin Peaks was filmed. I feel the tracks have a similar mysterious vibe to them that the scenery portrayed in the show had. The main sleeve artwork is of Mt Si, which we live at the base of. The artwork on each of the label stickers are various shots of within the mountain. I had a local photographer take shots for me to use.

Can you tell us a bit about your the production process for the tracks on the album? how do you go about building a track and what were your main machines pieces of software that you used for it?

I used a mix of both hardware bits and digital for the album. My process for building tracks is almost always the same. I start with a blank slate and just let the mind wander. For this album I did think more about the flow of the tracks and what kind of vibe I wanted to go for.

How did you connect with Shipwrec?

The Shipwrec connection happened from Klen, who runs Frustrated Funk. I’d been sending him lots of tracks and he thought it was time for an album. He had already been working with Ferdi (Shipwrec) through Clone, who does their distribution.

Tell us about your plans to tour the album this year – are you taking a full live set up with you? can you run us through the live set?

I’ll be taking my live set on the road this September to Europe promoting both the LP on Shipwrec and EP on Frustrated Funk. Making my debut at Berghain Sept 18th, then a Rinse FM slot (Hypercolour show) for a dj set on Sept 25th, then directly after that show I’ll be playing another live set in London. Trying to finalize a couple of other EU dates while there in September. The first test of the live set is happening in the states in Charlotte, North Carolina on August 7th. My set will consist mostly of a couple of Elektron boxes, a Blofeld and Miami.

What else have you got coming up this year?

I’m working on a few things, but right now I’m just looking to play some live shows and test out some new music.

214 – North Bends is available now via Bleep here and all good record stores.