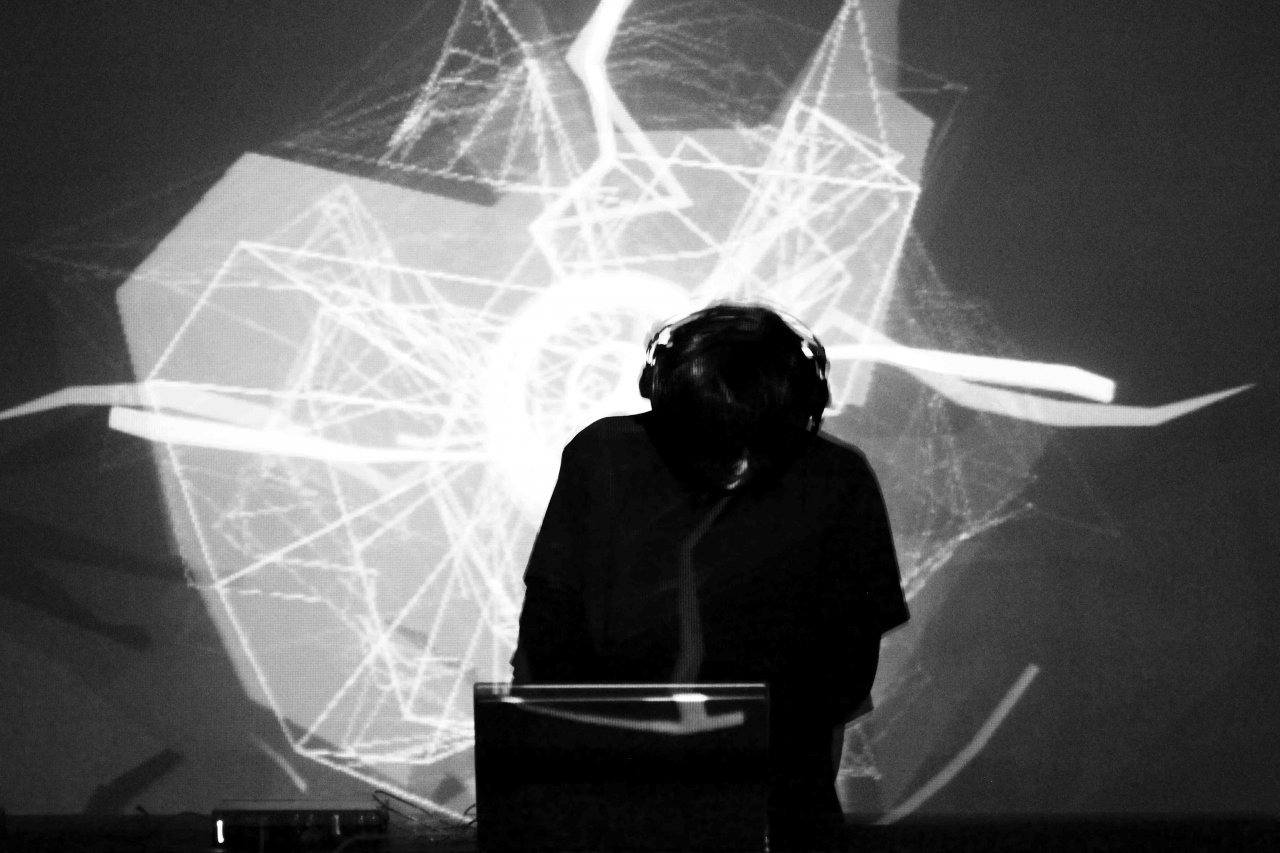 The atest null+void Podcast comes from Japanese born and based artist Yu Miyashita. Also known as Yaporigami, Miyashita has come on to our radar by the way of his Grind Analysts // Fig. 1 12″ from Stray Landings which perfectly shows off the grinding industrial constructs of his ore techno focussed moniker Yaporigami as well as the more experimental leaning work he presents under his birth name, where here he employs choral samples satisfyingly amongst the noise. The whole release carries a kind of weight of grandeur that gives a sense of impressiveness not least for the depth of his production ability.

Here we present an hour long mix under the artists Yaporigami moniker with a distinct techno skew while we talked his back story about how time spent in Brighton initially engaged him with production during his school years and touch on the production process that yielded his latest record.

I picked up that you spent some time in Brighton and that’s when you were most active making breakcore – what was going on there that supported what you were doing in the studio? The city is known for having a history of experimental music with Wrong Music being active there for a time…

There was one artist in particular called CDR (on 19-t label) that inspired me to start making breakcore. I was introduced to his music by a friend who was living in Brighton at that time. He was also friends with the label owner of 19-t who lived in Brighton at the time too. It’s a very Brighton story I guess… I originally moved there to study English and A-levels. Then moved on to study Architecture at The University of Brighton and switched my course to Digital Music soon after. I used to perform at events like Instrumentality, Overkill, Wrong Music etc. Those kind of events were quite active in the town at that time.

Is it right you’re basing yourself back in Japan now – what have you got going on out there?

Yes. Luckily I started getting some sound design/soundtrack work from production companies in Tokyo. It’s been a good opportunity for me to expand my skills as it requires a different approach compared to that I’m using on my solo works. I started getting mastering offers from European labels as well recently which I feel quite happy about. Also since I’m physically in Japan, I’m more committed to the Japanese scene now and am both meeting and working with inspiring people here. Personally I feel like I’m experiencing Japan again from a Japanese point of view and non-Japanese point of view having lived in the UK for a while.

Your most recent release was with Stray Landings – how that meeting come about?

The SL team found my Soundcloud page and a track on there that moved them in some way. I then did an interview with them and that somehow led us to the idea of doing a release on SL. The whole thing was very spontaneous and synchronic I feel.

This one might be a bit obvious but for this release you’ve presented tracks from both your monikers Yaporigami and Yu Miyashita can you tell us a bit about what separates out the work you release under these different monikers?

One thing that really stands out proud is a very, very keen and sharp element of production in your tracks, can you talk is through your production process a bit?

I’m gradually realising that how I am and how I feel is really crucial to the music born through me. In terms of the production process I tend to improvise with and mutate sound materials until I start to get excited about them. Then I’ll record those sounds for a while until I start to get impatient, then cut the best bits (to my ear) out of those recordings. After that I’ll start to compose an arrangement from those cuts.

What kind of artists would you say have inspired you along the way?

Two of the biggest influences on me were CDR and Aphex Twin.

Can you talk us through the mix you’ve recorded for us, how did you go about the track selection?

The T++ choice is meant to be a thank you to the Boomkat reviewer who wrote about the SL release. That person gave me a good insight into how my tracks sound by putting his/her perception of the music into text. All the other tracks were intuitive, unplanned selections from my favourite collection of Techno tracks including ones I was recommended.