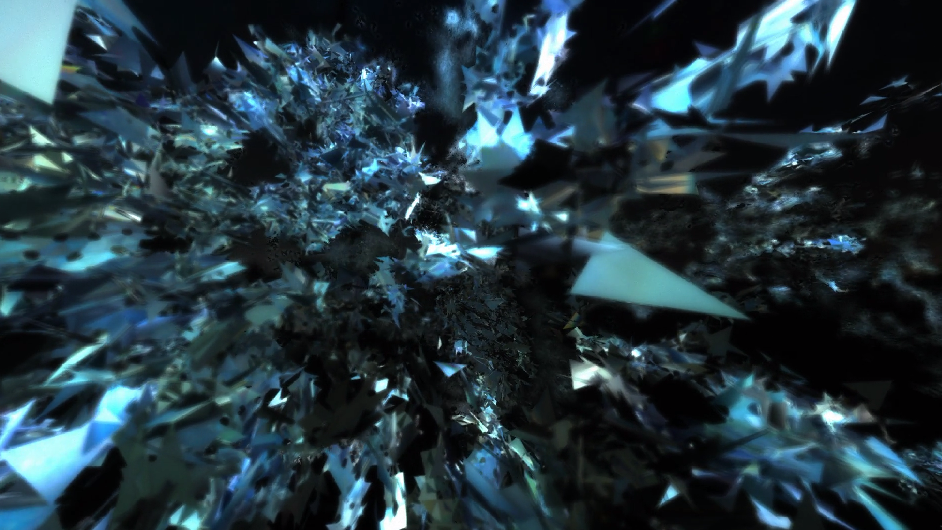 Anyone who experienced Bloc installed in their Minehead location over the years will have enjoyed experiencing the 3D visuals and sonics of the RFID dome and the true meaning of ‘immersive’. That term does like to be banded around quite a lot but you truly got that feeling inside that dome. The guys behind it, Will Young and Ben Gannaway have a new project afoot, working alongside musician Jake Williams called Fragments they’re premiering today at the iX Symposium in Montreal.

The piece takes on parts of stories told by their subjects relaying stories of emotionally charged experiences, to quote their own information on the project this will give you a better idea about the technology they’ve utilised and how it all works:

“Their work is created synergetically throughout the use of interlinked processes, performance parameters of the visuals are tied to sonic processes and vice versa, often in feedback loops and their work grows out of this interaction creating a truly audio visual performance.

“Much of the visual content is captured using the new Kinect2 sensor which captures a range of information such as depth and infra-red data as well as video. This allows the artists to reconstruct a 3D scene from their recorded footage and creates enormous potential for further manipulation during the performance in Montreal. Whatsmore, their version of the Kinect2 is currently one of only 500 in a limited trial release. Its a brand new api with new hardware which is hugely more sensitive than its predecessor”

For more information head to: