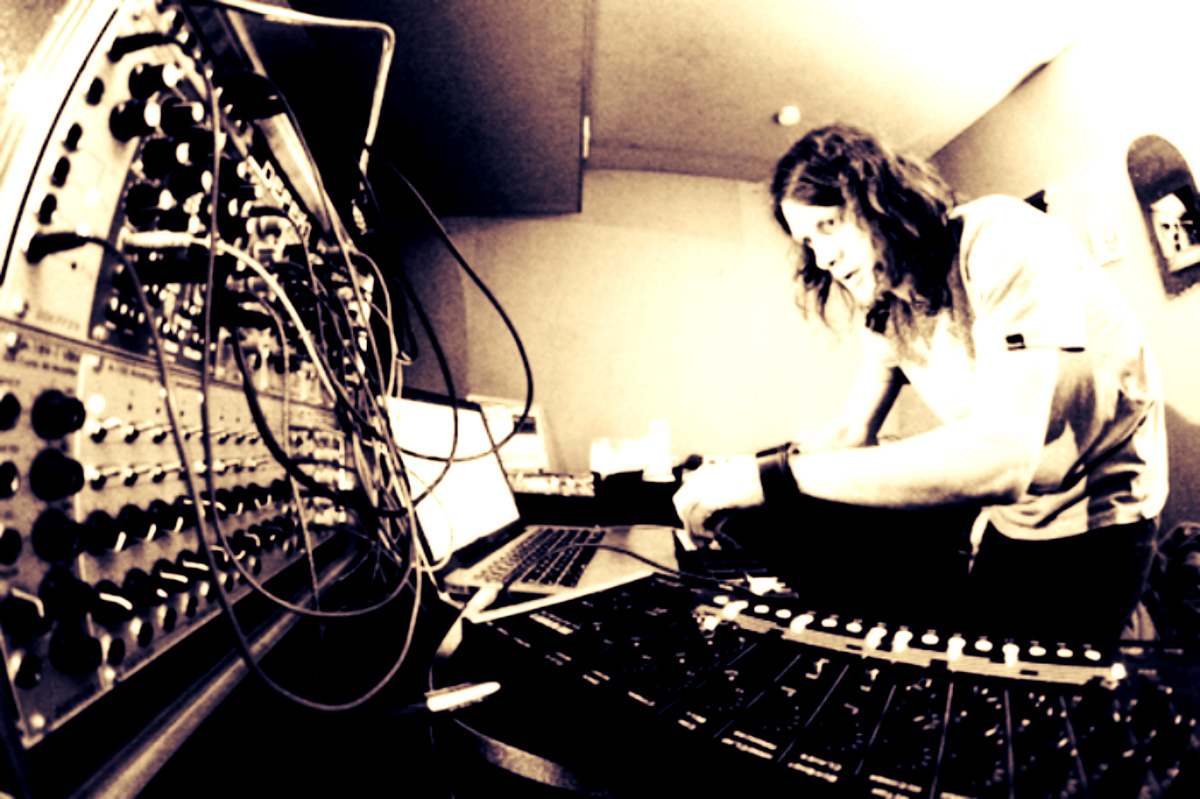 My first experience of Dublin based producer DeFeKT was this summer in Dublin, that most memorable gig experience with Carl Finlow, Radioactive Man and Dexorcist. He was on straight after me and pumped right in over the Funktion One system through the pure analogue power of his modular synth – it was electro proper indeed. He’s not just on our radar, but featured in Dave Clarke’s end of year chart and gets regular mentions on DJ Madwax’s Vocode Blog. You can check his releases on Takeover Recordings and he has a new twelve out today on New Flesh Records you can check the previews on the label’s Soundcloud player here. Keep your eyes on Acid Lab Records for his next release – a split with his alias ESS more info on which is revealed in our interview below.

He’s recorded us a vinyl set – a hand picked selection of his favourite tracks deleberately kept down to the 45 minute mark to represent the ones most special to him.

You’re output consists of purely electro – what drew you into writing music in this particular style?

My brother has always been into techno and I grew up hearing his music collection from an early age, from listening to his techno collection and always been interested in sound it led me on to getting my first pair of turntables when I was about 14; they where cheap all in one console things that had no pitch control, so basically I couldn’t do much on those. I then progressed on thru few other pairs of decks and landed on Technics, which I still have. I was then collecting and listening to techno at that time and I always noticed that there was electro mostly on the B sides, those tracks always caught my attention even though at that time I wasn’t playing electro much. I then got bored of techno at that time and started listening to electro and started to mess around trying to make my own beats on computer and any time I went to make beats it was always was a break beat I never programmed any 4 to the floor, my kicks always seemed to be broken. Then went to college to study music technology and learned more about production and equipment, which led to me getting into analogue gear and setting up my own small bedroom studio which is a never ending adventure till present day.

Who were your inspirations?

From and early age hearing my brothers techno collection and always messing around with speakers and sounds in my room. I used to have these CDs that were made to be used to test car sound systems – they just had sweeps through low frequencies. I would put them on in my room and see how much bass I could push through the speakers for hours on end.

Then later on, I learned in college about the roots of electronic music from ‘Musique concrète‘ through to early analogue synths, those early forms of experimentation had a huge impact on me, learning what the early electronic music pioneers did with tape loops and synths. When I heard those really early recordings they just sounded like techno and electro to me it was so interesting to hear the effects they had on modern electronic music today. It’s somewhat forgotten how important those early experiments with tape from the 50s and 60s were.

You’re from Dublin, somewhere that really shines with talent can you give us a view through the keyhole of what’s happening there in electronic music?

I’m actually originally from the midlands (the country side) I moved to Dublin when I went to college. Yeah Dublin city is an interesting one allot of good heads around into music, defiantly allot of good producers. The music thing in Dublin is starting to get interesting again slowly but still seems to be a lack of good events going on to be honest. Allot of the same people playing at every night and then lot of the really good DJs who are really into music don’t get enough gigs or exposure because of that. It’s a thing that I don’t understand really. But besides all that some great music around the city and allot of good artists and DJs doing great things.

Any plans for an album is that something you’d want to aim for? Or do you see your music more fitting for single releases?

I did a small album in 2010 called ‘Stimulus’ which was an 8 track mini album and I want to do part 2 of this soon for sure of similar style. A few things are set to be released over the next while, two new vinyl records are out very soon one of which is called “Sequence One EP” which will be on Umwelt’s New Flesh records and the other will be a split 12″ EP with my other alias ESS (Electronic Speech Systems) on Acidlab. A remix I did for Anodyne, which will be out on Combat Records too. So I’ve got a few a few things to in thepipeline..

You normally play live as DeFeKT but you’ve done a vinyl only mix for us – can you explain what inspired the mix and track choices for us?

Yeah for the past while I’ve being doing live hardware sets with a modular synth and drum machines, but for this I wanted to do a short mix of some tracks that I play when I’m DJing or listening at home. It’s more of a selection of artists and tracks I like at the moment. I wanted to do a short DJ set of some good electro tracks that are around these days not a
long never ending mix.