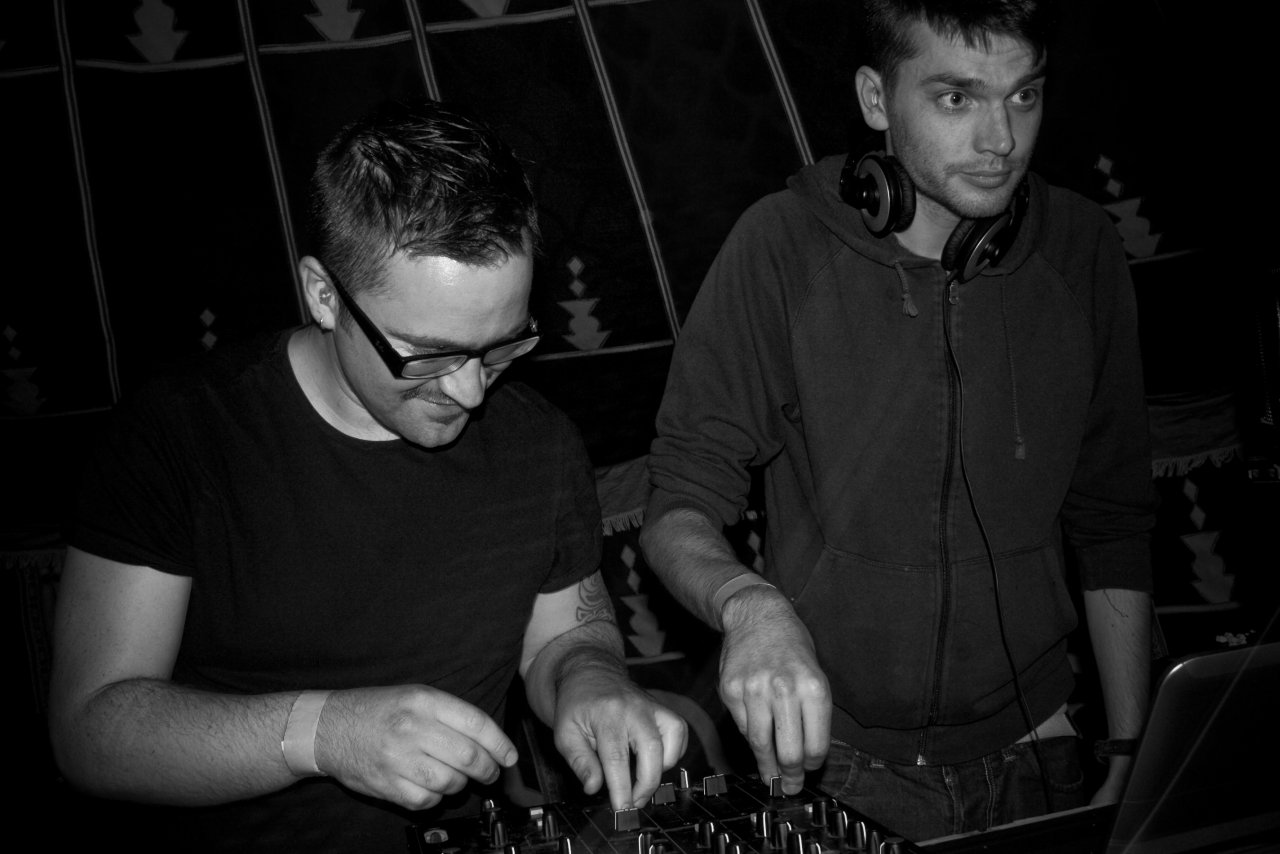 Both natives of Dublin – a city that is becoming evidently more and more known for innovation in electronic music – Lakker are a divine concoction of sounds from the darkest warehouse techno to the complexity and brain melting structures of IDM. Ian Mc Donnell and Dara Smith make up the beat stirring duo getting together 10 years ago now and today they’re enjoying a toasty reception of their latest release for Berlin left of techno label and party Killekill with their Spider Silk EP. They’re set to play an AV set this Friday to launch their new twelve – Smith is a dab hand at the visuals as evident in the accompanying videos so you can look forward to an immersive experience at Berlin’s infamous Suicide Circus club. They’ll also be in Hamburg the following evening – more info here.

Another thing, which is a very cool thing I’m sure many of you will be envious of, they’re one of very few artists that can say they have the support of none other than Aphex Twin, that really is the king of musical endorsements. So, take it from us and Mr. D. James – Lakker are worth your time. So, be sure to read onto our wee interview with the pair and get on the download of this killer mix.

Null030: Lakker by Null+Void on Mixcloud

How did you connect with Killekill?

Nico from Killekill got in touch with us through Simon (Swarm Intelligence) who runs the Stasis label. Simon did a mix of Irish producers and one of the solo Eomac tunes was on there. Nico really liked it and got in touch and asked for more tunes. We then sent him a bunch of Lakker stuff aswell and he was really into it and decided to put out the Spider Silk 12″. that just came out there recently.

What other releases do you have scheduled in / ready to go?

There’s nothing in concrete for 2012 yet, but we hopefully have a follow up release on Killekill, an EP with Acroplane, and another 12″ on Love Love Records. Nothing definite yet, but we’ve a bunch of tunes finished, and even more very nearly finished, that we want to get out.

How did you guys get Lakker together? How long have you been making music for?

We got together in 2001 I think it was. We were both in a four-piece at the time called Undermine, and when that broke up we wanted to continue working together as we were on the same musical wavelength and thought we had some good ideas. So about 10 years we’ve been making tunes together.

Do you intend to always play an AV show live when you play out?

for the moment I think yes, we’ll do it for most gigs, if there’s room for a projector and decent size screen. some venues just dont have the space. It’s something we’ve been planning for a while and we’re just about ready to do it properly, got some stuff that Dara has been working on that looks great, so we’re pretty excited to premiere it at our upcoming German shows.