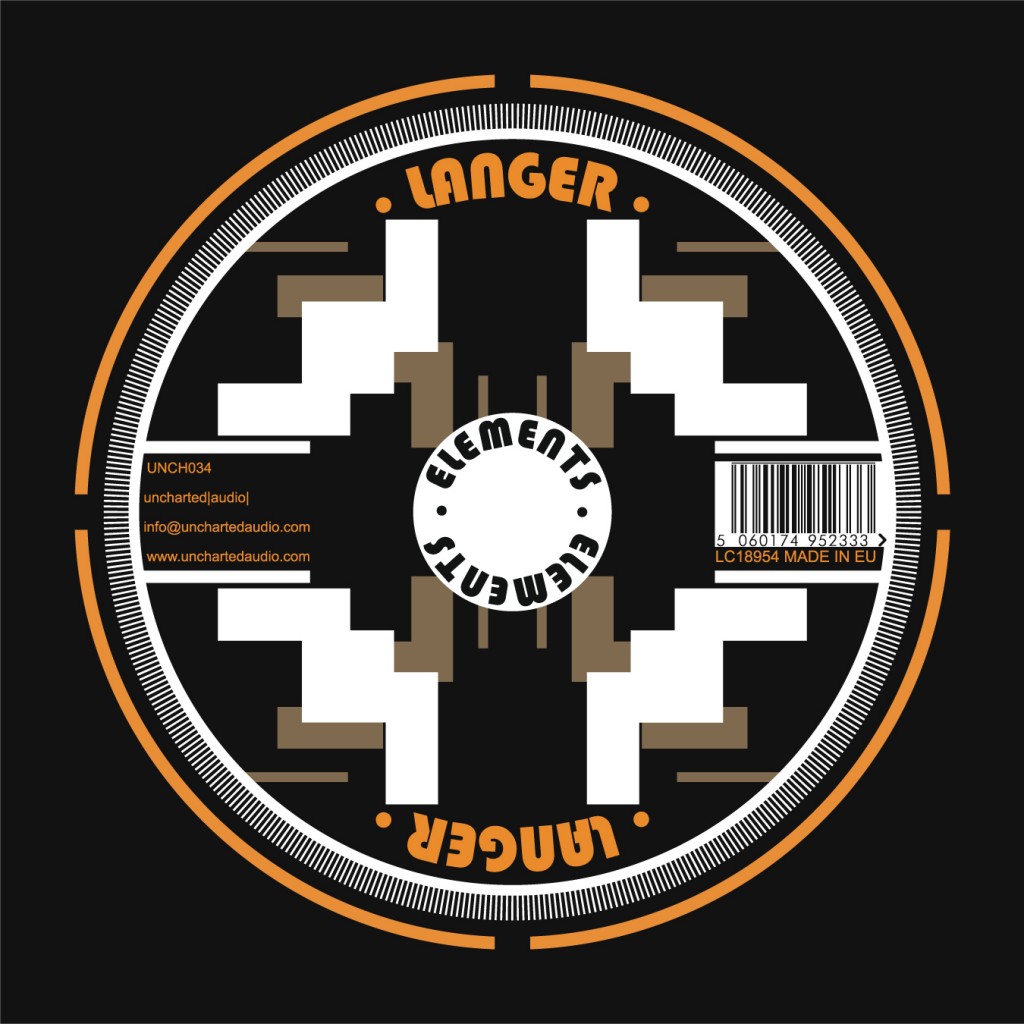 Uncharted Audio, run by DJ Kone-R who is also an also esteemed writer for Spannered. The label has recently celebrated 10 years of releasing underground music both of electronic and folksy psychedelia stylings reaching out from London.

The final release of 2011 on Uncharted Audio comes in the shape of Langer‘s four track 12″ (and digital) EP, entitled “Elements”. This is the first Langer record since way back on UNCH002 and it doesn’t disappoint, showing off some serious techno and house sensibilities, with something of an edge. – Unchartedaudio.com

To big this release up they’ve given us a remix from Four Hands a dub techno entity – mastered by Suade  of Adapted Records. The full release is available to buy on digital and vinyl, you can purchase and preview the full release here in the Uncharted Audio store.