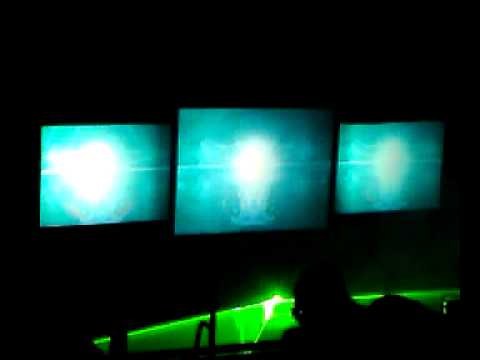 Announced today is a one of show from iconic visual experimentor and artist Chris Cunningham at Camden based art and music centre The Roundhouse on 24th February 2011.

Cunningham is joined by guests 16bit and Factory floor, setting an exciting president for the evening’s music. The latter I’ve only just discovered through their billing to this event have recently released a limited edition vinyl of hypnotic analogue drone tracks. Well worth checking out. The release, Wooden Box, (via Spotify), they are also playing live in November at this gig at the Lexington.

Earlier this year Cunningham performed three 75 minute live audio visual shows in Brighton, Manchester and London  events where he was able to have complete creative control over all the elements, the visual presentation, film and audio, I’ve included a video above to show a small insight into how he presented the work. But who knows what will be involved this time round, there are no furthar details about what the show will actually involve.

Read this interview with Chris from the Guardian earlier this year.