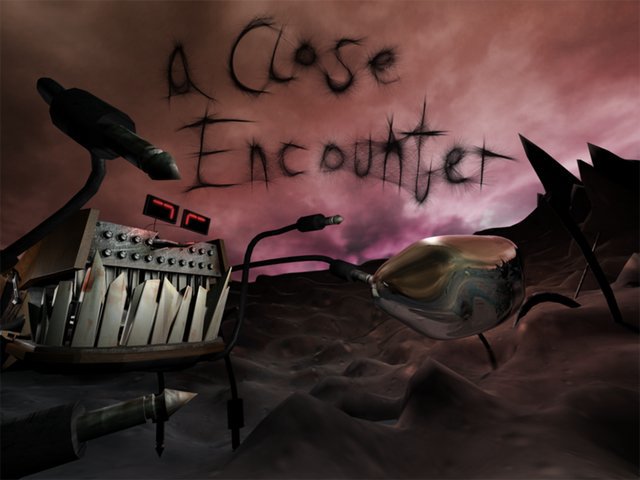 More AV experiences in London this week as Mothers Against Noise returns to Corsica Studios Funktion 1 sound system and fierce line up.

Looking forward to some savage sounds at this one, check the event page for more info.

We had a little chat from Idiron Soundtrack who has been busying himself with his animation project Close Encounter of the Misanthropic Kind:

Close Encounter of the Misanthropic Kind from GSinnott on Vimeo.

What inspired the visual aesthetic? And how did this work with the audio aesthetic?

It’s a skit/homage to my favourite science fiction, especially older stuff with a post-apocalyptic theme, but I also really enjoyed recent stuff like Wall-E and 9. I wanted to emphasise the conflict between the old decaying technology and the futuristic pod, so alot of the audio was made with analogue synths. The monster’s voice is my best gollum impression vocoded with recordings of a dirty Soviet-era synth I got late last year, while the pod’s voice is a nice clean oboe (like in the original Close Encounters).

Visual first, but it was done with the sort of soundtrack I wanted in mind.

What hardware and software did you use in this project?

What issues did you come across during the project?

I spilt a pint on my computer after I came home from Bangface before Christmas. It was a complete write-off so I had to work in stuffy computer labs for most of it. Too many sleepless nights there didn’t do my immune system any favours either. I was on antibiotics by the end!

How will you adapt your set up for live AV performance?

This was actually done seperately to my AV project, but the amount of 3D modelling I’ve learnt is definitely invaluable. I’ll keep quiet for now because I’m not sure how it will eventually pan out, but I tested it live for the first time last night and it went well. The tools/system are there.

I’ve been sat on a new EP for a while now and that’ll be coming out later this month (for free) on Swishcotheque. It’s about intergalactic kittens and features remixes from friends and musicians I admire; more of a progression from the stuff I did with Netlab. Aside from that, I guess look for a job?