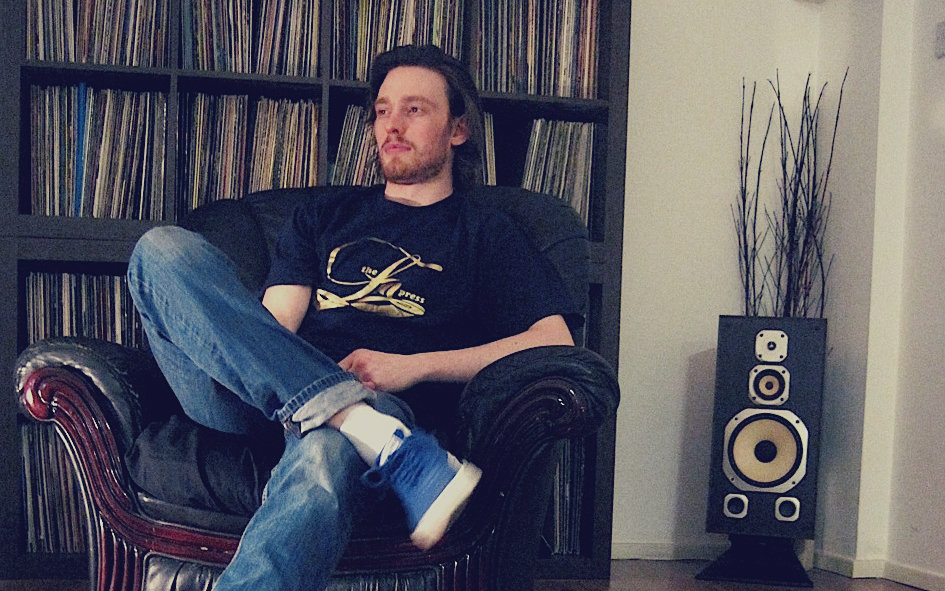 Gareth Cox has been producing and DJing in London for 3 years now under the moniker of Robot For Brains though he has been making tunes since he was 14 some of which made it onto his Swischotheque release earlier this year and definitely do not sound like they have been made by a 14 year old. He’s stepped in to DJ at null+void sister promotions company ATVS1984 and has also had a track released on Planet Mu’s acid queen Syntheme’s net label Bun E this year.

There’s brand new material ready for release next year and a revamped web presense aas he begrudgingly is getting on board the social media revolution but that attitude has served him well with production standards set to analogue.

Found this on Spannered radio again, I came across them first for the Datassette mixtape a few months ago. This time one of my favourite prodcuers Alpha606 is provided a live set. Which is good because my brain was a bit too twisted to appreciate seeing him live this summer at Russian Bar. Think it’s got something to do with steel drum and cow bells.

Check it out here. You can download or stream.

I’m DJing next Friday at Gold Bar for the third SUPERDISCO. Really looking forward to another fun free party with house, disco and electro.

This time we have got “Mr. Body Hammer” Joe Hart Bloc resident jacking it at the end following Bill Ambrose of legendry disco party Body Box and Cyberdance records.

And not to forget super stylish writer and DJ Flammette then there is also myself and SUPERDISCO DJ Simon Smith warming up.

Check out this Body Hammer promo from Joe Hart to get in the vibe. (Divshare)

Luke Handsfree of London’s Plex party and Handsette Records ,responsible for releasing Posthuman’s latest smasher Landier, has shared a recent mix from playing Utrecht, Holland. It’s very cool and a great pre-cursor for the Plex flyers which are landing tomorrow. I will post up the new line-up in full then. I am especially happy with this one as it will be my own Plex DJ debut! Until then enjoy the mix.

There’s many things to do this weekend like Red Snapper and The Bays at Koko, Warp20 at the Coronet but this is my party choice. The Z-Shed Vs. Coin Operated are putting on an absolutely knock out line up of rave.

It’s been a while in the coming but the electic and very underground electronic music crew Bit-Phalanx have launched back into creativity as promotinos and management group adding net-label and the beginnings of lovely website (more promised to come soon) to their bag of tricks. The first release today is compilation ‘Welcoming Committe’ available for free download (with donate option). It’s great to be able to hear their roster showcased in a compilation this from breakcore to the acid with tracks 1983arp by Portmanteau and some classic Black Victory my highlights of the album.

Check it out here.

Here’s the promo video for Ben Phaze’s next Tunnelsounds gig at the incredible venue of the London Transport Museum. Ben has been preparing for this event for months reworking the Tunnelsound set, recording instruments and more sounds underground as shown in the film above and Ben is even incorporating live video mixing so what we’re going to get is a complete audio visual showcase.